The Global Centre for the Responsibility to Protect saves lives by mobilizing the international community to act in situations where populations are at risk of mass atrocity crimes. | R2P

We, the undersigned human rights non-governmental organizations, strongly support the call for a UN Human Rights Council (HRC) special session on the deteriorating human rights situation in Ethiopia and urge your delegation to support such a session without further delay.

Since 4 November 2020, fighting between federal government forces and affiliated militias with forces and militia allied to Tigray’s ruling party, the Tigray People’s Liberation Front, have reportedly killed hundreds of civilians and caused more than one million people to flee their homes, including at least 57,000 refugees who are now in Sudan. There have been widespread reports of serious violations of international humanitarian law and human rights violations and abuses including possible atrocity crimes, including indiscriminate attacks on civilians and civilian infrastructure, unlawful killings, widespread looting, and rape and sexual violence against women and girls. There have also been reports of massacres committed along ethnic lines within Tigray, as well as ethnic profiling, discrimination, and hate speech against Tigrayans both within and outside the country. The UN High Commissioner for Refugees has also expressed alarm for the “safety and well-being” of the 96,000 Eritrean refugees in Tigray, given the unconfirmed but “overwhelming number of reports of Eritrean refugees in Tigray being killed, abducted and forcibly returned to Eritrea,” where they could face persecution. Access to independent humanitarian aid continues to be limited in Tigray despite an agreement reached between the federal government and the UN on 29 November. Journalists critical of the government have been arrested, exacerbating existing restrictions on communication and information from the region.

Given the gravity of these alleged violations and abuses, we believe that a Human Rights Council special session on Ethiopia is essential to ensure international scrutiny of the situation and to adopt measures to prevent any further deterioration of the crisis.

While the Council should pay particular attention to the situation in Tigray, it should not restrict itself to addressing only one region of Ethiopia. It is important that the Council acknowledges the general deterioration of human rights in other parts of the country, particularly in the last year. This includes reports of deadly violence along ethnic and communal lines; allegations of abuse by security forces in Oromia, Benishangul-Gumuz, Southern Nations, Nationalities and Peoples’ and Amhara regions; and fighting along the borders between the Tigray and Amhara regions, the Oromia and Somali regions, and the Afar and Somali region.

A Special Session would enable the HRC to receive information from the High Commissioner for Human Rights and others on the gravity of the ongoing crisis, including how long-standing grievances and structural issues have contributed to the overall deterioration of the human rights situation, and to take appropriate action, in line with the Council’s prevention mandate, to prevent further violations and abuses.

We believe that supporting calls for action by the heads of various UN agencies, including through holding a special session, is necessary to uphold the HRC’s founding principles of the promotion and protection of human rights. On 7 December the UN Secretary-General expressed his concern about the situation in Tigray, calling for full respect for human rights and the guarantee of unfettered humanitarian access. On 22 December the High Commissioner for Human Rights described the situation as “heart-breaking as it is appalling” and emphasized the urgent need for “independent, impartial, thorough and transparent investigations to establish accountability and ensure justice” for grave violations. Furthermore, on 12 November the UN Special Advisers on the Prevention of Genocide and the Responsibility to Protect warned that if escalating ethnic tensions in Ethiopia are not urgently addressed the “risk of atrocity crimes in Ethiopia remains high.” 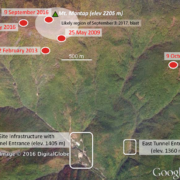